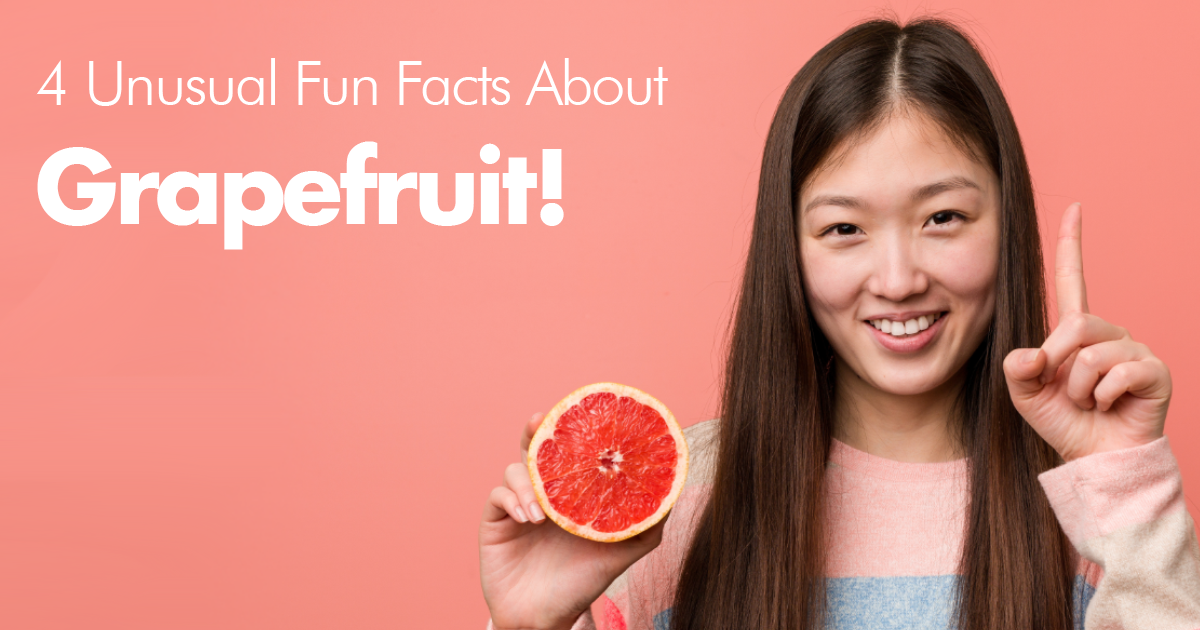 You may already know that grapefruit is not only delicious, but also a healthy fruit to add to your meals, snacks, and even drinks. But you may not know how grapefruit got its name and why Rio Red grapefruits are so important to Texas!

Grapefruit has been around for a very long time. However, Texas grapefruit wasn’t recognized until around the 1930s. Continue reading to learn some unusual fun facts about grapefruit!

Why Call It a Grapefruit?

If you’ve ever taken a moment to think about it, you might wonder why grapefruit have the name that they do. After all, grapefruit are much bigger than a grape and very different in look and taste! Grapes grow on vines, while grapefruit grow on trees. But, despite these differences, it really is about the grapes!

Grapes grow in clusters, and so do grapefruit. While grapes may have around 100 grapes in one bunch, grapefruit clusters can range from just a few grapefruit to up to 20. While that may not seem like a lot, remember how much bigger grapefruit are than grapes — now that’s impressive!

Does Eating Grapefruit Help With Hydration?

Another interesting tidbit about grapefruits is their water content. You may not know it, but a single grapefruit is made up of up to 92% water! With high levels of water and fiber, grapefruit can help hydrate your body and keep you full. Since grapefruit is a fantastic, healthy choice, you can eat it for hydration without feeling a tad bit guilty!

Texas Sure Does Love Its Grapefruit!

Each state in America chooses a type of flower, tree, animal, and even sometimes a nut that they feel best resembles them. In 1993, Texas chose the red grapefruit as its state fruit! The red grapefruit was chosen because the it was first fruit “invented” in Texas, and grapefruit trees have built more revenue than any other fruit tree in Texas!

Texans are proud to have grown red grapefruit in the Rio Grande Valley for over 100 years! Farmers in Texas grow around six million boxes of grapefruit each year that are shipped to stores across the U.S. and around the globe!

Texas Grapefruits Were the First Fruit to be Patented in the U.S.

Because of how special the red grapefruit became in America, the Ruby Red variety was given a patent in 1929. As deeper red varieties began popping up on Texas trees, these grapefruits were also given special trademark names, including Ruby Sweet and Rio Star.

Pick Up the Best Red Grapefruit at Winter Sweetz!

Not all grapefruits are created equal! With so many varieties to choose from, you’re sure to find the right one for you. Texas is proud to be home to red grapefruit, and the Texas grapefruit at Winter Sweetz are the reddest, sweetest, and tastiest of them all!

Is your mouth watering for the sweet, juicy taste of grapefruit? Find out when the season starts by subscribing to the Winter Sweetz newsletter!

How Does Grapefruit Get Off the Tree and Onto Your Table

Celebrate the Grapefruit Season by Whipping Up Some Yummy Desserts!

Next post
Celebrate the Grapefruit Season by Whipping Up Some Yummy Desserts!