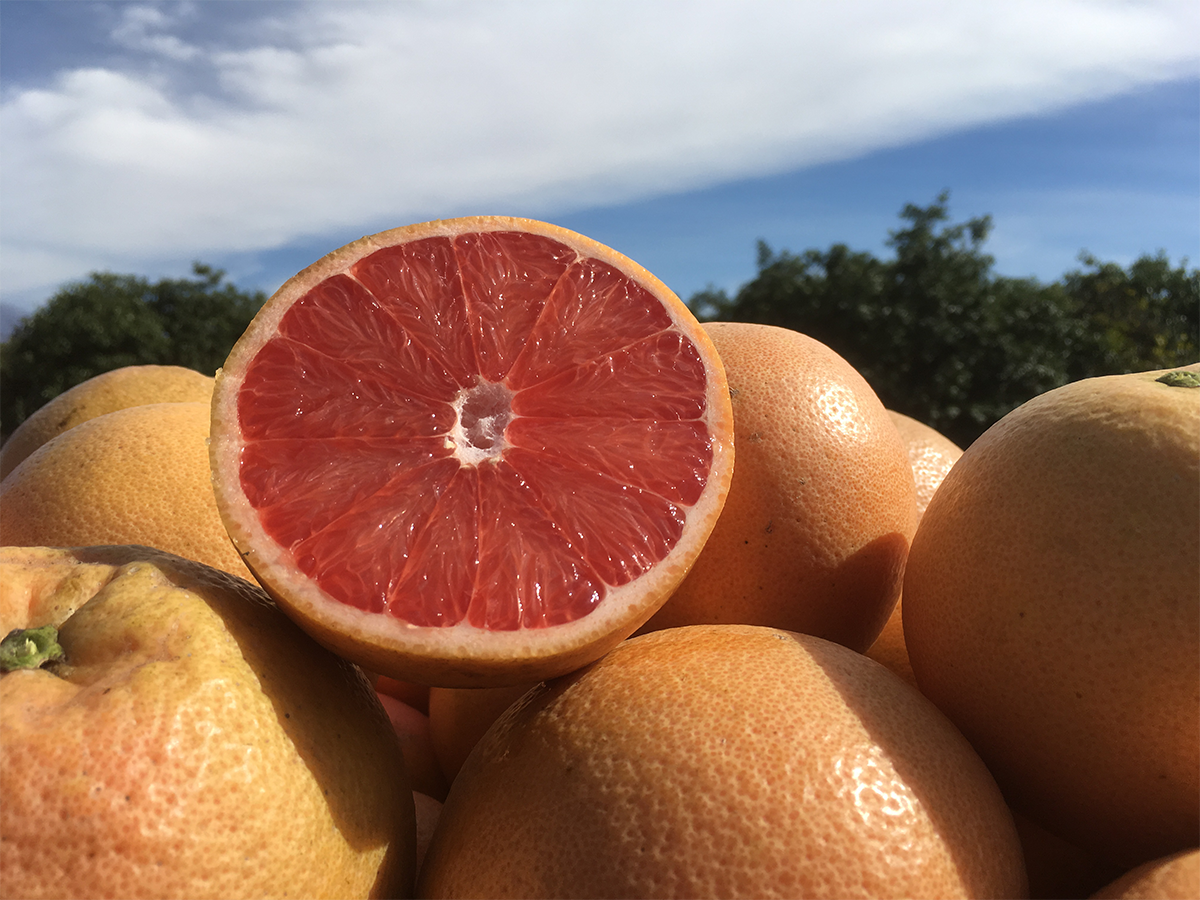 Winter Sweetz™ Texas red grapefruits are in a league of their own. Unbelievably sweet, undeniably tasty, and chock-full of vital nutrients and vitamins, Winter Sweetz™ just can’t be beaten.

But we know what you’re thinking: what makes our Rio Red grapefruit so special and sweet compared to the rest? Well, it’s in the name. Our grapefruits grow during the spring and summer months, then reach peak ripeness (and flavor) during the winter here in Texas, and it is under these perfect conditions that allow our grapefruit to be sweeter than what you would find in California or Florida grapefruits.

And it was a gift that happened by chance.

The Story of Texas Red Grapefruits

Grapefruits first made their way into Texas in the 1800s via Spanish missionaries. Like other grapefruits grown across the country, these first generations of grapefruits were of the white and pink variety–and sour.

All that would change with John H. Shary, who would come to be known as “The Father of the Citrus Industry.” Back in 1914, Shary purchased a 16,000-acre plot in Mission, Texas, which would be the start of a flourishing grapefruit enterprise.

But it would take more than a decade for the true magic to start. Until 1929, the grapefruits grown by Shary, and throughout the Rio Grande Valley, were still of the white (and sour) variety. Until one day a chance event led to the discovery of a brand new kind of grapefruit.

A grapefruit with a ruby-tinged peel was found growing in a white grapefruit orchard in McAllen. Even more surprisingly when cut open, the flesh of the grapefruit was found to be red, too!

Right under the nose of grapefruit farmers in the Rio Grande Valley, a new type had emerged naturally. In the years that followed, similar red grapefruits were found in various groves throughout the region with each one adopting the name of its grower.

Coincidently, major freezes that took place between 1949 and 1962 essentially eliminated white and pink grapefruits in South Texas. And then there was only one–Rio Red grapefruits.

From sea to sea, and even in international markets, Winter Sweetz™ Rio Red grapefruits are making a name for themselves.

You’ve probably heard about the legendary Rio Grande Valley weather–hot, humid, and tropical. But that’s exactly the type of environment in which grapefruits thrive and grow unbelievably sweet, plump, and juicy.

Add to that the rich and healthy soil in this region of South Texas, and you have the perfect location for grapefruit trees to grow strong and healthy. Even when heavy winds scar our fruit, it’s actually only making them sweeter! It might surprise you to know that those scars on some of our grapefruits are actually a sign of the fruit’s sugar content. The deeper the scars the sweeter the grapefruit.

So if the next batch of Winter Sweetz™ Rio Red grapefruits you bring to your table have brown spots and scars, no reason to fret. These grapefruits are just as sweet, red, and ripe on the inside as those whose peel look pink, blush, or golden on the outside.

Of course, it’s a delicate process to get our Winter Sweetz grapefruits to the peak of sweetness. For one, our little saplings enjoy a life of luxury during their first few years of living. They’re raised in a nursery, free from pests, and enjoy plenty of attention until they become strong enough to deal with the outside world.

While other grapefruits from California and Florida are sold during the summer, Winter Sweetz™ are soaking in all that hearty Texas sun and growing sweeter by the moment. By the time the dog days of summer have passed, our grapefruits are perfect and ready to enjoy, just in time for winter.

While California and Florida tend to produce grapefruits year-round, much of their harvests consist of pink and white varieties. These types of grapefruits often contain hefty amounts of the flavonoid known as naringin. It’s this naturally occurring substance that gives the fruit its bitter taste.

Because of this reason, many of the grapefruits grown outside of Texas, especially those in Florida, end up as sources for grapefruit juice, and that tart taste is–as you can guess–usually covered up with plenty of sugar to sweeten up the final product.

On the other side of the nation, you have sunny California. While it’s world-renowned for its sunny weather, the state’s cooler temperatures and acidic oil aren’t ideal for growing sweet grapefruits.

Though these white and pink grapefruits from California and Florida tend to be prettier on the outside, they lack the inner beauty–and sweetness–that Rio Red grapefruits are known for.

When it comes to grapefruits in the Rio Grande Valley…well, we just grow them a little differently–and better!

Stay Up To Date With Winter Sweetz™ By Visiting Our Facebook Page!

Texas vs. California & Florida: Who Has the Best Grapefruits? (Hint: It’s Texas)

Next post
Texas vs. California & Florida: Who Has the Best Grapefruits? (Hint: It’s Texas)

You may already know...

How Does Grapefruit Get Off the Tree and Onto Your Table

Grapefruit is a delicious...

Comparing Grapefruit and Oranges: Which Fruit Will Come Out on Top?

With the citrus season...